The many tragedies and injustices springing from Hurricane Katrina are well-known, but that doesn’t take anything away from Dave Eggers’ heartbreaking story of a man destroyed by natural disaster and his government’s inhumanity. 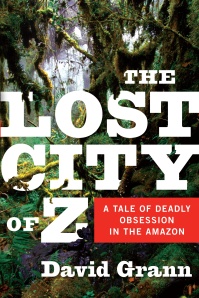 The Lost City of Z, by David Grann

Indiana Jones has nothing on real-life British explorer Percy Fawcett.

Filled with great anecdotes of bushwacking through the sweltering, bug-filled Amazon, the Lost City of Z is escapist non-fiction at its absolute best.

Ron Nurwisah is a co-editor of the Afterword, the National Post’s books blog.

He also blogs at www.boyreporter.ca